Tagline of the Month: Nebraska: Honestly, it’s not for everyone. 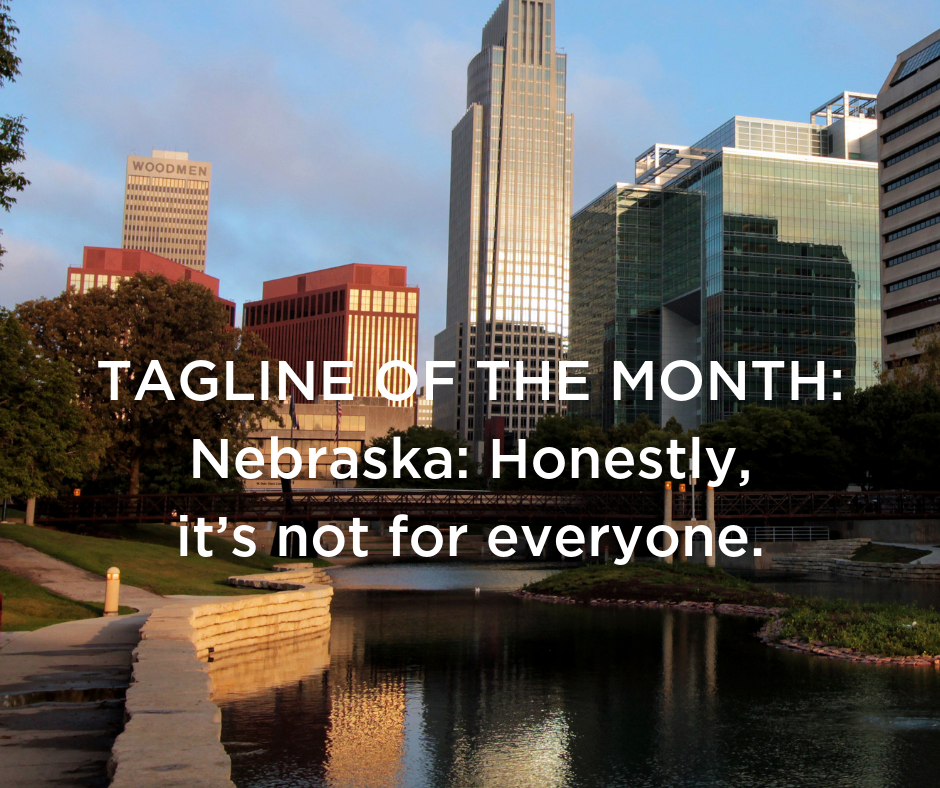 In the early 1900s, famed polar explorer Ernest Shackleton placed an advertisement in a London newspaper hoping to recruit crew members for an upcoming expedition to Antarctica. Rather than promoting the job’s positive aspects, the ad highlighted its shortcomings—including certain death:

According to legend, the ad generated five thousand responses, earning it praise as one of the most persuasive advertisements ever. Experts credit the ad’s effectiveness to Shackleton’s use of blatant transparency.

More than a century later, Nebraska seems to have adopted Shackleton’s brutally honest marketing strategy when creating the state’s new tourism tagline: Nebraska: Honestly, it’s not for everyone.

The tagline comments on the generalizations that travelers often associate with Nebraska. The state has ranked dead last on MMGY Global’s survey of preferred tourist destinations for four straight years. So the state’s unconventional new tourism campaign uses sarcasm and self-deprecating humor to challenge what tourist think about Nebraska.

“To make people listen, you have to hook them somehow,” says John Ricks, the state’s tourism director. “We had to shake people up.”

One ad addresses the belief that Nebraska’s landscape is flat and boring. A photo showing a couple leaping between rock formations depicts the diverse landscapes the state actually offers. Another spot, challenging the notion that there’s nothing to do in Nebraska, feature a group floating down a river in livestock tanks. The Nebraskan native activity, known as tanking, illustrates the unique fun which exists in the state.

“We discovered that we can’t offer something for everyone,” say Deb Loseke, chair of the Nebraska Tourism Commission. “But to those we can, this campaign speaks to their sense of adventure and discovering what we as Nebraskans are all about.”

The campaign has garnered extensive media coverage with an estimated $4.3 million in free publicity already. As a result, requests for state travel guides have increased and traffic on the Visit Nebraska website is up substantially.

By employing honesty and transparency, Nebraska’s tourism commission hopes people can see the natural beauty and fun the state has to offer. And they don’t mind poking fun at themselves in the process.

Self-deprecating humor is one way to achieve transparency and authenticity in advertisements. Today’s consumers, especially those among younger generations, are open to alternatives to traditional clean and polished advertising. For their part, advertiser are looking to develop personal relationships with customers, and one approach is through the implementation of humor. By laughing at themselves, advertisers can help humanize a consumer’s brand experience and better connect with consumers.

And through honesty, you can convince consumers that yours is an adventure worth joining.