Marketing Lessons from the 2016 Electoral College 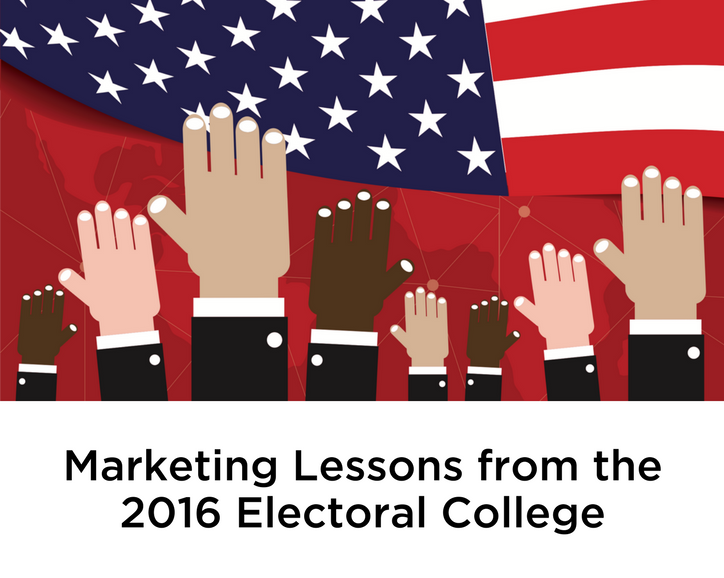 In the days immediately following the U.S. presidential election, executives from the McCann Worldgroup advertising agency gathered to discuss the implications of Donald Trump’s victory. The company’s leaders weren’t there to talk politics, but to consider whether the ad industry had lost touch with middle-American audiences.

“So many marketing programs are oriented toward metro elite imagery,” says McCann’s CEO, Harris Diamond. That slant reflects advertising’s long-term assumption that most consumers aspire to the urban cultures of places such as New York City and Los Angeles. But Trump’s unexpected victory suggests that middle America is not as enamored with large coastal centers as advertisers have long thought they were.

And, if that is truly the case, there’s a marketing lesson for advertisers: they should reconsider how they target their messages.

The Trouble With Big Data

During the election’s closing weeks, opinion polls had shown Hillary Clinton enjoying a seemingly insurmountable lead. As it turns out, the polls were wrong. More specifically, pollsters had generally underestimated Trump’s support from middle Americans.

Not unlike advertisers, pollsters spend a lot of time analyzing data. In the case of this election, Clinton’s popular-vote lead indicated she had nationwide support.

And that got advertisers thinking. If pollsters misjudged the presidential candidate preferences of middle America, perhaps they’ve been misjudging consumer aspirations all along as well.

“Every so often you have to reset what is the aspirational goal the public has with regard to the products we sell,” says Diamond. Along with elite urban cultures, marketing should also reflect the desires of consumers from “Des Moines and Scranton.”