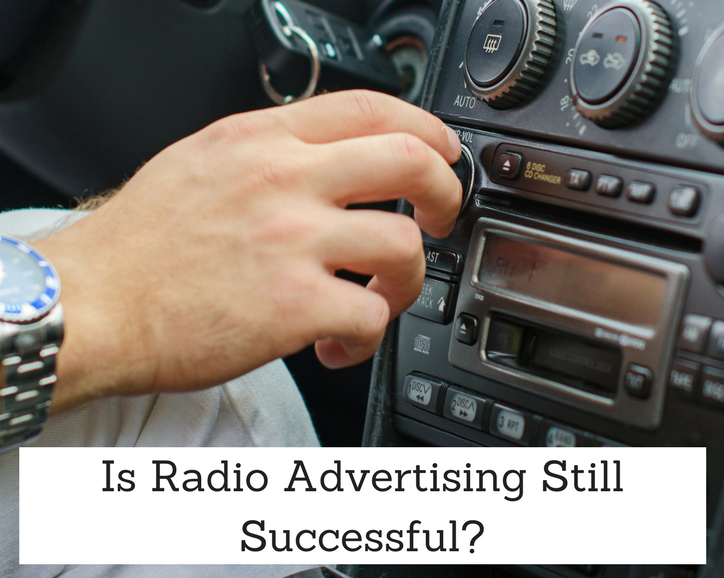 Like many people, the first thing I do after turning my key in the car’s ignition is power on my radio. Why? Because car rides with music are simply more fun. Regardless of my and others’ car-ride preferences, there is growing skepticism in whether or not the radio is still an effective way to advertise.

Radio is a highly available form of communication. One benefit it offers consumers is the convenience to flip on the stereo during their car ride, and/or play it at work and break up the monotony of their day.

Radio is an easily accessible advertising outlet. Users are finding new ways to bypass commercials—for example, by subscribing to premium accounts on radio apps like Spotify, Pandora, and Apple Music. This is making people weary about promoting their products and services via radio, because they fear the majority of the population will soon be able to skip commercials altogether. This fear is certainly rational, but I would consider it unrealistic. As technology advances, our ability to evade unwanted commercials does too, but not without cost. Ninety-three percent of Americans still listen to the radio weekly. This shows that the number of consumers who use only outside radio apps in order to be rid of commercials is slim, and unless that changes, there is currently little cause for concern.

Radio brings a unique property to the table that other advertising forms, such as print, cannot. This is the ability for consumers to use their imaginations in regard to the messages being delivered to them. Since listeners are only being given audio signals, they are free to imagine the details of the message, in turn causing their minds to think deeper about the product or business being promoted.

In addition to allowing listeners the opportunity to be imaginative, radio advertising is also highly cost effective. There is no need to hire actors or spend money on printing costs, which saves radio advertisers money. Since there is such ease in regard to the production process, radio advertisements can be made much quicker than other formats, such as television, and distributed to consumers at efficient rates. Radio is still an extremely strong method for advertising to consumers, with millions tuning in daily. These loyal listeners contribute directly to radio advertisings continued success.

The media that consumers favor differs according to their generation. People are likely to prefer the technology that they’ve been exposed to most throughout their lives. For example, those who grew up prior to television are likely to prefer radio over other mediums, because that is what they’re most familiar with.

However, that does not mean younger generations do not use old technology. It simply means that, having been exposed to many different forms of media, they are likely to use each differently depending on the situation. Each medium, be it radio, television, or print, provides a unique experience for consumers. When reading print sources, people are often expecting headlines to give them a general idea of what is to come, with a brief story or description following. Television brings stories to life with the use of visual imagery to depict the things that aren’t spoken. For its part, radio uses sound to place an idea in the minds of consumers, allowing them to imagine a visual representation of what is being spoken.

As we now can see, the advantages radio advertising provides far outweigh the disadvantages. It markets both to older and younger generations, while allowing users to be in touch with their creative sides. The differing experience that radio messages offer allows advertisements promoted through it to not only survive, but excel.