What David Ogilvy Taught Us About Tagline Length 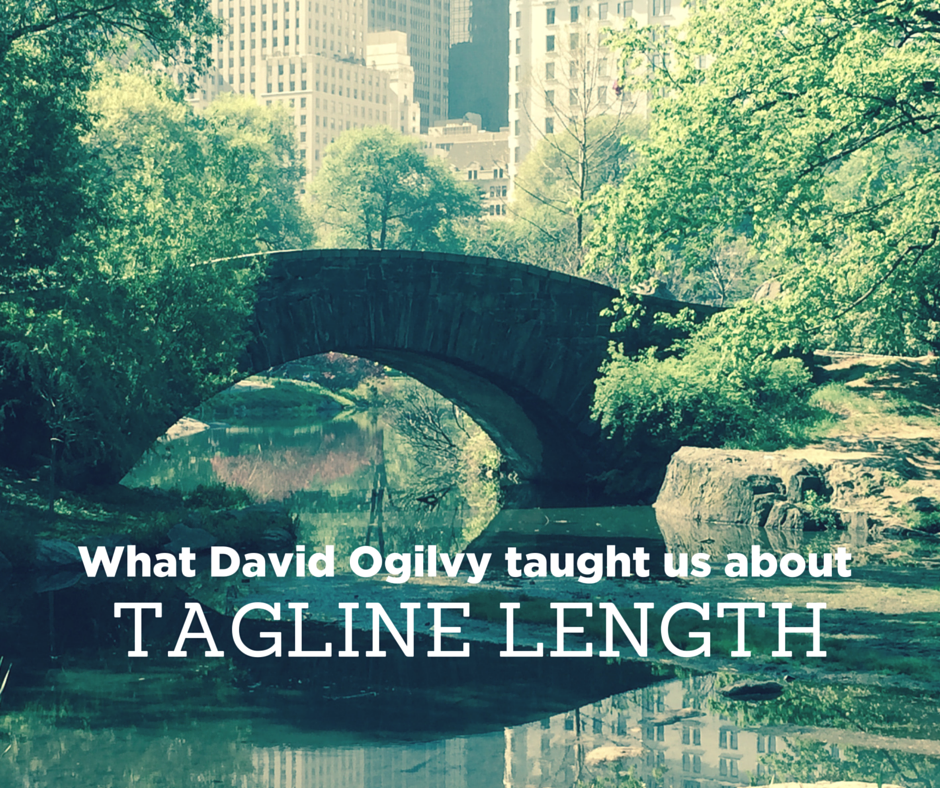 One of the great debates among marketing copywriters involves tagline length. Some experts assert that taglines should be as short as possible. That’s the case with well-known slogans such as Nike’s “Just Do It” and IBM’s classic “Think.” Certainly, one-to-three-word taglines get to the point quickly and—by one informal measurement—they’re brief enough to fit neatly when printed on a T-shirt.

Others contend that short taglines are difficult to remember. This contingent prefers sentence-length taglines that linger on your mind like song lyrics. Examples include “The best tires in the world have Goodyear written all over them,” or the Fed Ex standard, “When it absolutely, positively has to be there overnight.”

Which argument is correct?

As it turns out, tagline effectiveness is best measured in the amount of emotion invoked, rather than the number of words used.

A popular story about legendary advertising pioneer David Ogilvy illustrates this point. Walking to work one morning, Ogilvy encountered an unfortunate man begging for money. The fellow stood on a New York City street, holding a sign on which was written, “I am blind.”

Dropping some cash into the man’s cup, Ogilvy couldn’t help noticing that his was the first contribution of the day. Pausing a moment in the late-April air to think, Ogilvy asked the man’s permission to change some wording on the sign.

On his way home after work, Ogilvy came across the beggar again. To his amusement, Ogilvy saw that the cup was now overflowing with donations.

How had Ogilvy altered the sign to improve the beggar’s success? He added four words aimed at eliciting emotion from New York’s winter-weary passersby: “It is spring and I am blind.”

The perfect tagline contains the number of words required to connect with your customers’ emotions—and no more.

So when it comes to creating slogans, stop tallying up words, and count feelings instead.