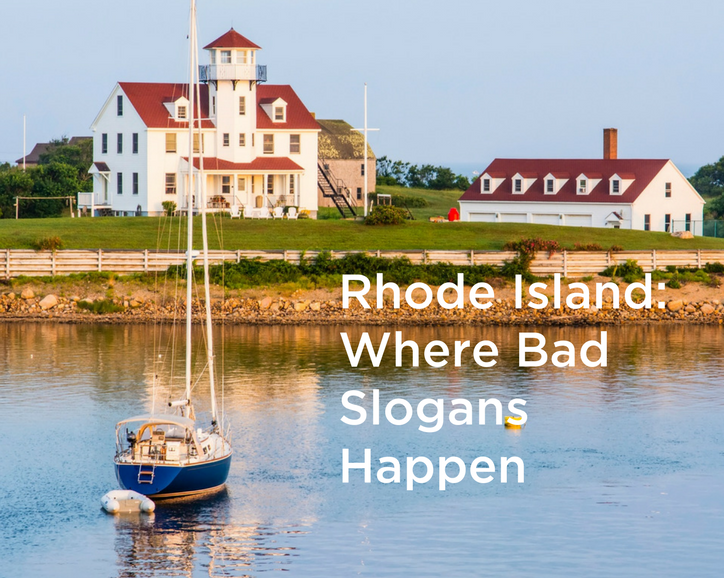 We’re sorry, what? Cooler and warmer? The Ocean State’s residents were rightly confused.

The confusion didn’t stop with the tagline. A new video intended to highlight the state’s many attractions included a scene with someone skateboarding near a harbor; turns out the harbor was not in Rhode Island, but in Reykjavik, Iceland. It didn’t take long for residents to begin mockingly referring to their state as “Rhode Iceland.”

But there’s more. Some restaurants featured on the state’s tourism website were actually in Massachusetts, not Rhode Island.

Public backlash from the fiasco led the state’s chief marketing officer to resign and caused political harm to first-term governor Gina Raimondo. And the high-priced slogan has been dumped.

Whatever new tagline emerges from the mess, the Cooler and Warmer state is now poorer and wiser.