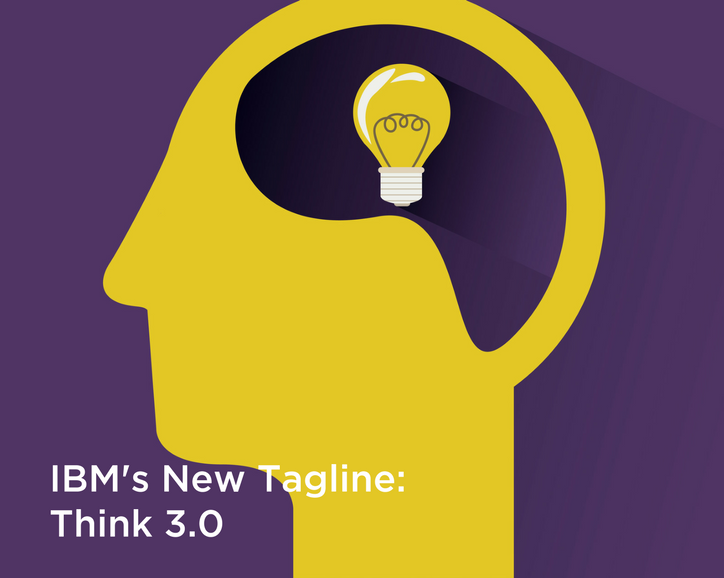 Back in the day, I made my living as a computer programmer. Not to be confused with the current-day app developers or game creators, I was a mainframe programmer. I wrote code in languages with names such as COBOL and Assembler for bank applications that ran on large IBM computers. Those were the days when IBM was the main player in computer hardware, and all us cool kids coded for their machines.

Okay, so I was never cool. But one thing I always thought was cool was IBM’s tagline: “Think.” It’s a simple, one-word slogan that summed up how computer technology transformed the business world. It implied that IBM had done the heavy thinking by creating the technology, and all companies had to do was think up new ways to use it.

IBM put its tagline on small signs that sat neatly on computer room terminals everywhere. The word, appearing in black caps and City Medium font, struck me as a personal challenge. I confiscated one of the signs and displayed it prominently in various offices throughout my career.

In the late 1990s, IBM’s Think slogan took on new meaning when Apple launched its “Think Different” campaign. A widely acclaimed television commercial featured twentieth-century influencers from Albert Einstein to Amelia Earhart to Martin Luther King, Jr., along with this classic spoken line: “Because the people who are crazy enough to think they can change the world, are the ones who do.” Many credit the campaign with saving Apple from near extinction and leading it to industry prominence.

So how, a century after its iconic leader Thomas Watson introduced the Think motto, could IBM possibly top “Think?”

By telling us to “outthink” everything from cancer to competition. In a new campaign created by Ogilvy & Mather, IBM once again challenges us to find ways for its products and services to help change the world for the better. The campaign promotes IBM’s new cognitive computer consulting unit and features its Watson supercomputer matching wits with geniuses such as Bob Dylan and Ken Jennings.

Perhaps you need to be a former mainframe programmer turned marketer to fully appreciate Ogilvy’s subtle reuse of an old tagline, but I find the outthink message positively brilliant. While the one-time computer-industry behemoth is no longer serious competition for Apple, IBM used three letters to rekindle the think/think-different marketing discussion.

I wonder if they’re going to make any signs.